You are redirected to the new website of Thorsten Botz-Bornstein ...other head section stuff (Title, Description,etc.)... This site is old. Go to www.botzbornstein.org 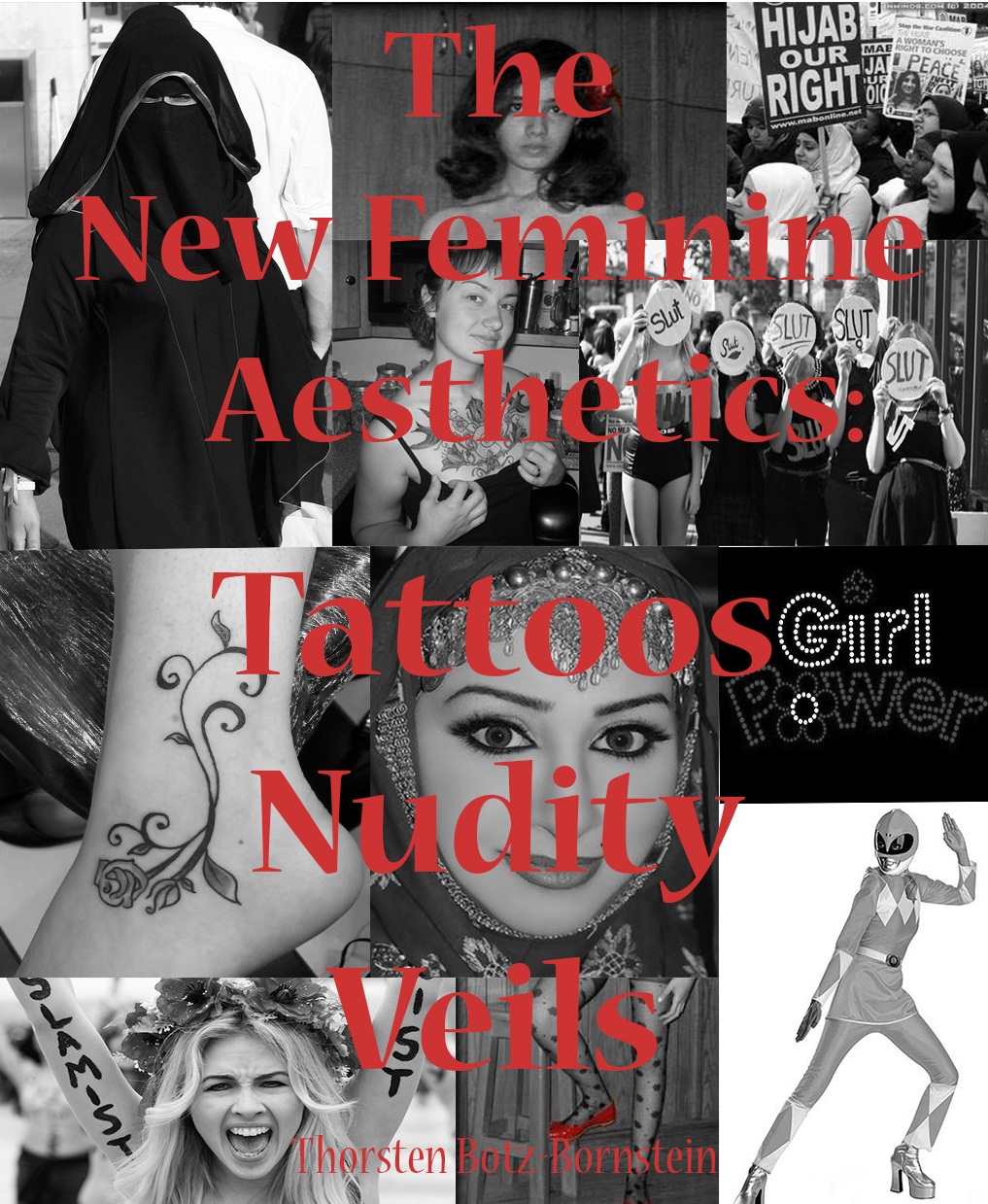 At first sight, tattoos, nudity, and veils do not seem to have much in common except for the fact that all three have become more frequent over the last thirty years. Still there are links. This book shows that the veil has become part and parcel of a new script of body culture that also implies nudity and tattoos. Though nudity still decolonizes the body, the nude can no longer be seen as "pure." Tattoos and veils have developed in parallel with this cultural shift.

In 2011, Aliaa El Mahdy posted her nude photo on her blogspot page, arousing the anger of the conservative part of Muslim society. In this photo, El Mahdy, dis-objectifies her body not through the device of decontextualization, but rather through an act of semantic inversion by presenting her body precisely in a way that is normally associated with objectification. This she has in common with many tattooed women and re-veiled women.

Today, the naked or the nude no longer function as an ideal of civilization or non-civilization. They no longer represent a state of purity. The cancellation of essentialized notions of nature that were still current during modernity also necessitates a new approach towards tattoos and veiling. More than ever it is necessary to think "woman" outside those boxes that attribute her too either conservatism or progressivism. Tattoos, nudity, and veils need to be wrenched from essentialized discourses that look either for the authentic, natural, traditional, and morally correct expression or for its contrary.

This book reveals many paradoxes revolving around respect, modesty, sexuality, female power, and female non-power. In order to understand the new constellations by which tattoos, nudity and veils are determined, some tropes need to be deconstructed: the trope of Western civilization vs. oriental barbarism, of the Muslim woman as the ultimate victim of an Islamic patriarchy, but also the trope of covering as an advancement of civilization.

1. From the Stigmatized Tattoo to the Graffitied Body: Femininity in the Tattoo Renaissance

2. Nudity and Tattoos from Naturism to Suicide Girls

By Way of Conclusion:

Veils and Viagra: A Double Victory?

The veil is not necessarily a traditional item but worn in a modern environment where it becomes not only a politico-religious statement, but also a fashion statement, which is surprising if one considers that in general, fashion is an ultimate symbol of materialism and secularism. Fashion designers have developed the veil into something trendy. In almost all countries where veiling has become more important in recent years, young peoples everyday life experience is constituted by the customs of traditional society as well as by an aggressive consumer culture displaying international fashion, Western lifestyles, or music. How do young Muslim women negotiate the hijab between niqab and Lady Gaga?

A. Phenomenological Analysis: Veils and Sunglasses

To understand the phenomenology of the veil it is interesting to submit the veil to an analysis inspired by McLuhans analysis of sunglasses. Both the veil and sunglasses aim to disrupt gazes. Both the veil and sunglasses enact a selective covering of the face, but in the former case only the eyes are uncovered whereas in the latter the face is visible while the eyes are covered. The perceptual mechanics of dark glasses and that of veiling work in opposite directions. In the former, the official part of the face is freely exposed but it loses a part of its attractiveness because the deeper or real meaning of the features cannot be fully construed. Further, I compare the veil to the technique of cropping and examine if the veiling of women prevents or fosters fetishzation.

B. Can the Veil be Cool? 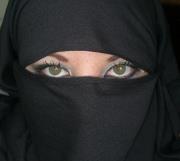 I grasp the transcultural fashion-identity aspect by reading it through the vast literature that has been produced on the African American concept of coolness. Can the veil be cool? Does veiling lead to Cornel Wests New World Modernity?

There is no lack of academic works on veiling. However, the veil has become so highly charged with religious, historical and ideological symbolisms that its socio-functional aspects often disappear behind debates on related matters. If the veil is discussed, this often happens in terms of either cultural essentialism or relativism or, as Fatwa El Guindi has criticized, the explanation will be limited to either the origin type or the utilitarian type (El Guindi 1999: 124). Often these approaches fail to explain the reality of the veil as it is experienced in contemporary societies. To avoid symbolical as well as historical or deterministic shortcuts, I attempt to grasp the function of the veil inside a social game. For example: how can the veil function as an instrument of coolness in modern Islamic or non-Islamic societies? 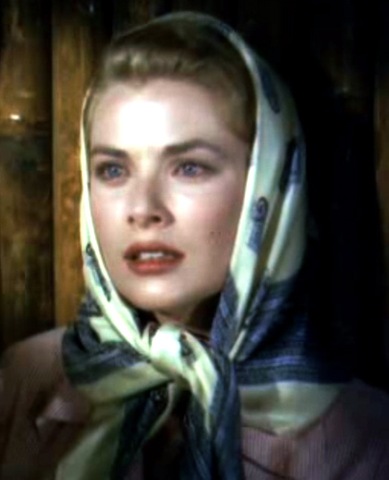 'Veils and Sunglasses' in the Journal of Aesthetics and Culture 5, 2013.